Meanwhile Chubb Alarms under Ken Banks's leadership restructured its geographical areas and three Divisions were formed from the eight Regions. Each Division was headed by a Director. Johnny Johnstone in the South, Ken Keating in the Midlands and Tom Slater in the North. Bob Tyley moved to Chubb Cash (previously Gross Cash Registers) whilst John Hutchins from Chubb Fire took over as Sales Director. A period in the history of Chubb Alarms referred to as Divisionalisation. Branches were operated as before but London was significantly bigger then anywhere else and subsequently harder to manage. 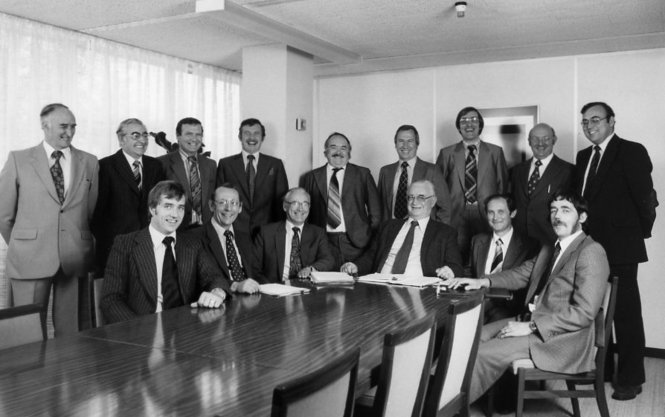 Several new ideas were introduced amongst which were branches within London at Acton (managed by Martin Flood), Sutton (Managed by Derek Birmingham) and Enfield (managed by Derek Lacey). Another idea tried was the dividing of Sales Surveyors roles into "New Business" and existing customers. Somewhat later Rufus Bond Gunning (who had previously been managing the Hong Kong branch of Chubb) became Chairman and when Bob Tyley left (to go to Modern) he took over as Chief Executive. Most of the inovations introduced previously were dropped.