In 1938 a Mr Mountstephen designed and built a machine that, when activated, automatically dialled the police emergency service and played a recorded message that identified the location of the premises. As external sounders were not used this machine made possible an effective “silent alarm” which resulted in a very successful arrest rate for the Police. 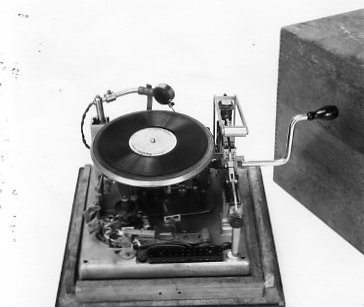 Because it used ordinary telephone speech lines the costs were considerably less then the Central Station method. The system was marketed under the name of Burgot Alarms. Ron Prevost who spent most of his life working for Burgot as a supervisor and manager told of his father (who also worked for Burgot) and the secrecy involved in installing and connecting the automatic dialling machine such that a coat was used to blanket the machine whilst connections were made. It was said that many a Burglar caught in the act, could not understand how the Police had been tipped off and assuming an accomplice was responsible the arrested Burglar informed on those who he thought responsible. Although several such systems were installed prior to the 2nd World War it was not untill the late 1940's and 1950's that Burgot became a serious competitor to Rely-a-Bell and Auto Call. Burglary was increasing as a direct result of men being released from the military after the war some who, having had experiance with explosives and cutting euipment, put these skills to the pursuit of obtaining ill gotten gains. Subesquently there was a lot of work for installers of intruder alarms in thatperiod.

In 1948 Burgot was acquired by Radio Rentals and traded as Burgot Rentals Ltd. Radio Rentals was an organization who specialised in renting radios and television, such items were popular but expensive and renting was widespread in the 1950’s. It is likely that Radio Rentals saw the alarm business as another form of rental business. When puchasing a television set became less expensive, Radio Rentals decided in 1958 to concentrate  on their core business and they sold the burglar alarm busines and it became Burgot Automatic Alarms Ltd. During this period Burgot began publishing arrest figures which were the number of captures resuting from their silent alarms. These were very impressive and resulted in the growth of the company not only in London but in other major cities where crime was a problem, such as Liverpool, Glasgow, Manchester,Birmingham.

Below is current picture of 26 Westbourne Grove the early home of Burgot Alarms. 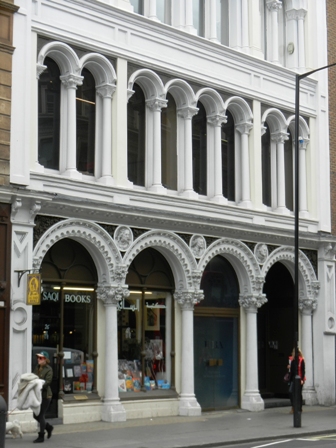